Letter Delivered with No Address 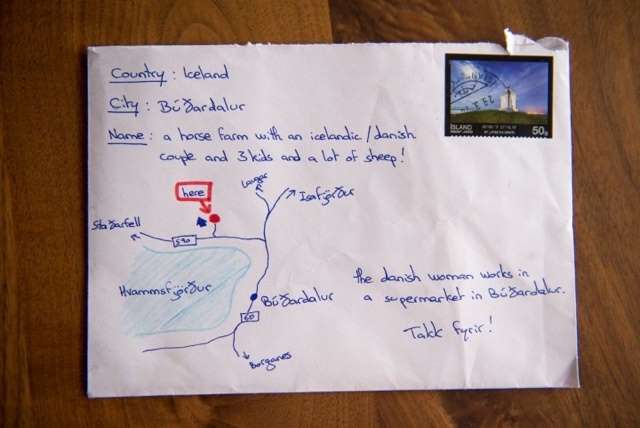 A postman has gone above and beyond by managing to deliver a tourist’s letter after he scribbled a map instead of an address on the envelope.

According to the Daily Mail and the India Times, the holidaymaker had visited a farm in Búðardalur, west Iceland, and presumably wanted to say thank you for a lovely stay.

He posted the letter from Reykjavik and must have had everything crossed that it would get there because he clearly did not know the exact address.Instead, he wrote on the envelope:

Name: A horse farm with an Icelandic/Danish couple and 3 kids and a lot of sheep.”

He also drew a makeshift map showing where he thought the farm was located.And, for an extra clue, he wrote: “The Danish woman works in a supermarket in Búðardalur”, before ending with the Icelandic for thank you: “Takk fyrir!”.

A Redditor uploaded the image with the caption: “Without an address, an Icelandic tourist drew this map of the intended location (Búðardalur) and surroundings on the envelope. The postal service delivered!”

Yep, props to the postie because this letter did in fact make it to its destination earlier this year.