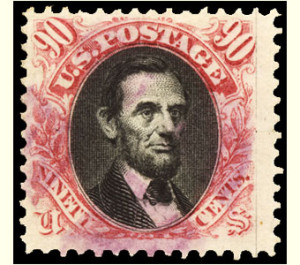 Used examples of the 1875 re-issue
of the 90 cent 1869 issue are scarce,
and the example shown with magenta
cancel is probably unique. 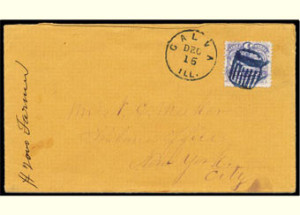 A striking impression of the scarce Galva, Illinois beer mug cancel in blue. 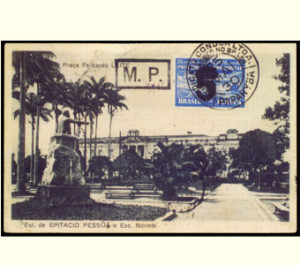 At Parahyba, Brazil, in May 1930, the supply of 5000r zeppelin stamps had been exhausted.  The local post office authorized the overprinting of thirteen of the 20,000r stamps on hand.  only nine examples are known to have survived, and only five were used on zeppelin mail.  One of the great rarities of aerophilately.

100 Best Things to Do in Brazil 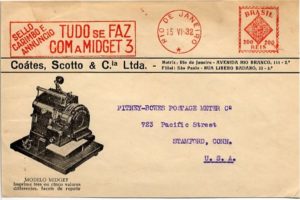 An early machine pictured on a 1932 envelope from Brazil addressed to Pitney Bowes.